A space for ideas and inspiration 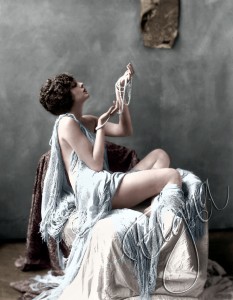 The Muse is angry with me. When I showed up at the Muse Shack, she had all my creative stuff sat outside on the grass. She shouted at me from the window and told me to go write somewhere else.

That was the problem, I had been somewhere else. Ireland for my daughter’s wedding…Scotland for new opportunities…meetings for setting up groups. Writing just seemed to get set aside, and though it was important, other things seemed to scream against it. I longed for the Muse and the Muse longed for me.

Writing is a demanding, creative and spontaneous craft. It takes time that is dedicated to the creation of meaningful words. Time is not always our friend, and giving hours a day to writing may seem unrealistic and frustrating.

Take heart. A former Archbishop of Canterbury who was a prolific writer, told how he wrote his books in ten minutes a day. Do the sums. Ten minutes a day…every day…there is a piece in a week, an article or short story in a fortnight, a novelette in eight months, a book in two years (or two).

So, business kept me from the Muse and she was waiting. But, I am back and she is forgiving. After taking all my stuff back into the Muse Shack, I found a corner and started to write…she is pleased and my editors are even more pleased.

Just when you thought that royalty, politicians and  history were boring, along comes Kerwin Swint and The King Whisperers. 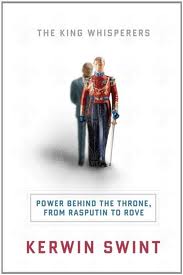 The King Whisperers breaks upon our senses at exactly the right moment. Society is growing tired of rulers and politicians, yet is excited by a film about a stuttering King that swept up all the Oscars and the fast-approaching Royal wedding of Prince William and Kate Middleton –The King Whisperers positions itself as a worthy contender for our attention.

To be honest, when the book arrived by courier, I thought to myself, this is going to be a dry read. How wrong I was. Once opened, I could not put it down and was soon recommending it to all my colleagues and friends. The King Whisperers turned out to be an engrossing insight into the lives of charismatic, shrewd, masterful, cruel and downright devious puppet-masters who have shaped the course of events in palaces, parliaments and nations throughout history. Never was history so interesting and exciting to read.

Chronicling the lives of some of the most powerful and devious individuals who would stop at nothing to ensure their own ends, Kerwin Swint shows us human-nature at its darkest and most selfish, yet sometimes at  its most altruistic. Here is shameless cruelty and sometimes sheer love; often devotion and commitment to a person, nation or cause and for which the reward is cruel and premature death. Could you have the person you had loved and shared half a lifetime with, murdered for uttering one word out-of-place? Such was the fate of Ibrahim Pashar, known as the ‘most beautiful man in the state’. 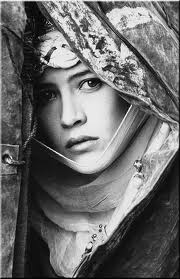 The reader will be familiar with many of the characters throughout the book. However, preconceptions will be swept away as the author demonstrates that these puppet-masters were not simply motivated by personal ambition, the struggle for power or greed as we may assume, but also by altruism, ideology and devotion that transcended any sense of personal gain. In some cases, readers will discover a sympathy with elements in a character’s personality who before  may have been despised, such as the She-Wolf Isabella of France whose love and compassion for Mortimer at his end, (“Fair son, have pity on gentle Mortimer,”) softens the devious and scheming harshness that caused her to rise against her husband Edward II.

Kerwin Swint presents his characters in a lively and engaging format, making this book an exciting read. Unlike the turgid flow of many histories – The King Whisperers sparkles with the pace and interest of a CNN or BBC report. In spite of the one negative review on Amazon, this is a book that will appeal to everybody, from the biography tourist to the serious academic in search of new information and sources. The language is accessible to all and stimulates enquiry. By the end of your read-through, you will be heading to Amazon to purchase biographies of the favourites you have bookmarked through almost 300  pages of ruthless self-serving and compassionate demise.

The only disappointment for me was that I was left wanting to know more. Now!

I didn’t want to have to run off and order copies of the lives I had read about; I was engrossed in certain characters such as Bernard of Clairvaux and Francis Walsingham. I wanted to see them in action; to see the twists and turns as they played with their masters and the affections of followers and nations. I realise however, that with 47 distinct individuals to discuss, such in-depth treatment was not possible in a single book. One thing is certain, Kerwin Swint has ensured that there will be more biographies of some interesting, though often disturbing shakers and movers on my bookshelf.

The book itself is a whisper. Each vignette is like a secret whispered in our ear, stirring the imagination and our own devious need to inform as we discover something new about one of the players.

I found myself meeting with a poet friend who had written a piece about the Battle of Towton; I had come across a little known snippet in the chapter on Kingmakers…did my friend know it, I wondered. He didn’t! I felt for a moment a little of what it was like to be a Richard Neville or a Francis Walsingham…I had passed the whisper on, and in so doing, became part of that history of shaping thought and controlling outcomes that is part of all of us.

The King Whisperers will entice, excite, educate, stimulate and motivate to further reading. I’ve already decided that Clairvaux, Walsingham and Isabella will be on my bookshelf. I am hoping that Kerwin Swint will be the author of one or more of these lives. I wonder whose schemings you will rush to read after observing The King Whisperers at work.

Please vote for my blog in the traffic-breaker poll for this tour. The blogger with the most votes wins a free promotional twitterview and a special winner’s badge. I want that to be me! You can vote in the poll by visiting the official King Whisperers blog tour page and scrolling all the way to the bottom.

The next word for the book give-away is (PUBLICITY). Learn more about the give-away and enter to win 1 of 3 copies on the official King Whisperers blog tour page. The other 2 copies are being given-away courtesy of the GoodReads author program, go here to enter. And don’t forget to stop by the Q&A with Kerwin Swint Group to discuss the King Whisperers (including questions from the official book club guide), the author, and his previous works.

Just finished changes to the site. I’ll leave it for a few days and see what I feel about it.